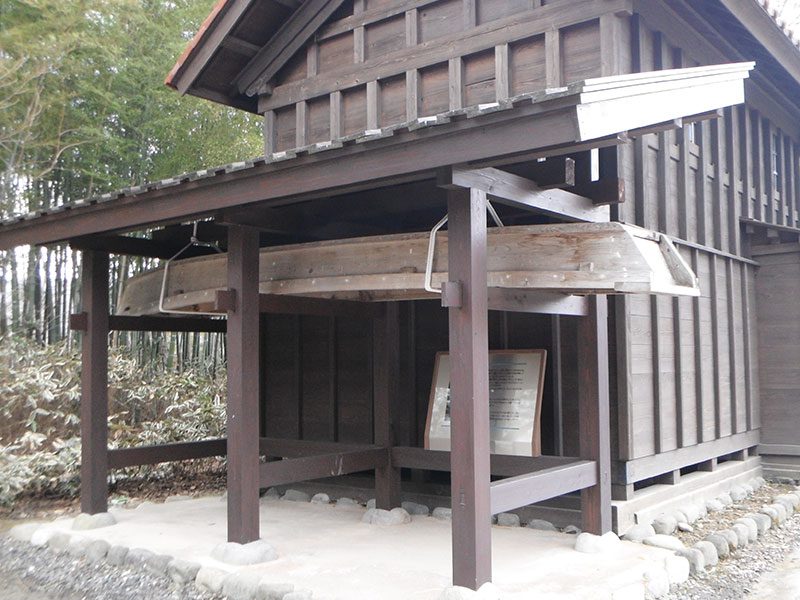 In areas troubled by frequent floods, as in the example of the Narusegawa-kahan House, people had a boat ready to safely evacuate their family. Such boats were called hinan-bune (evacuation boat) or yojin-bune (boat for precaution).
Using traditional techniques and rituals, this boat was built by an elderly boat carpenter who lived in Ishinomaki City, Miyagi Prefecture. It is considered very precious today.
The principal rituals performed during the boat’s construction were as follows:

The material that would constitute the shiki (bottom of the boat) was put on the workbench. Offerings were placed on the material, and both the boat carpenter and the owner prayed for the safety and success of the work.