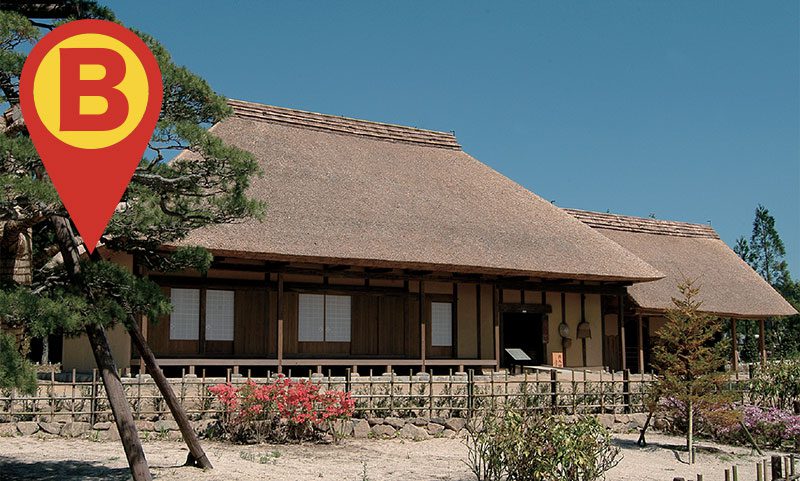 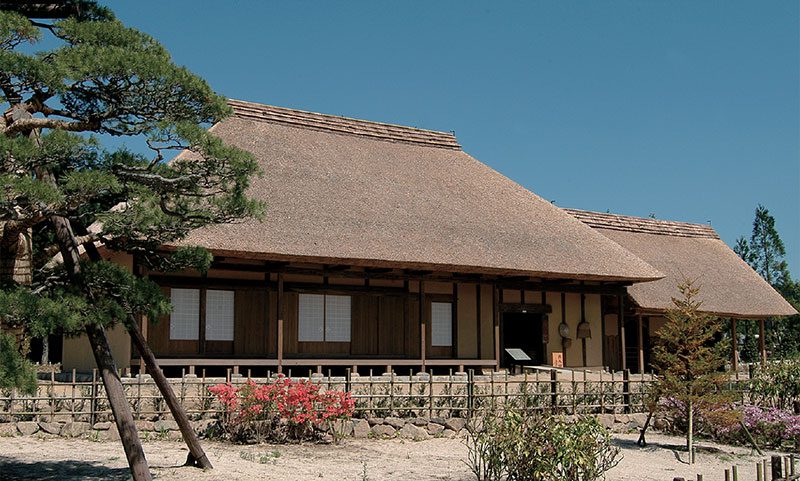 This house stood at a place submerged under the Kamafusa Dam.
The owner donated it to Kawasaki Town Office, and the house was open to the public until 2003 as a “folkloric house designated by Kawasaki Town.” Then, it was moved and reconstructed in a park.

Characteristics of the house – stable located outside

Kawasaki Town, where the park is located, has a warm climate with relatively little snowfall for the Tohoku region.
Therefore, the house had a low-pitched roof and a relatively narrow dirt-floored space, and the stable was outside the main house.
Since the stable had already been lost, we moved and reconstructed another stable that had been preserved in its original form. 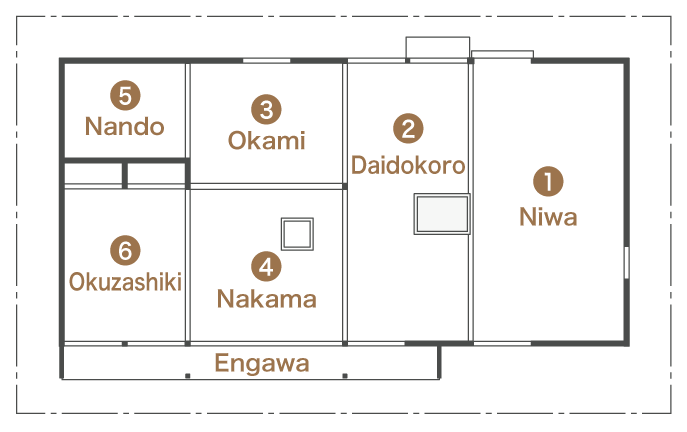 Floor plans of the main building and stable of Kamafusa House. Scale = 1:40

Niwa (inner court)
It originally referred to a large working space on the dirt floor. However, at the time this house was built, a shed for working was built outside, the daidokoro (kitchen) on the wooden floor was expanded and the dirt floor became smaller.

Daidokoro (kitchen)
In the daidokoro, a open fireplace was installed in a cut-out section of the floor, where the residents of the house cooked food and gathered around the fire to eat meals and chat.

Okami (tableware storage room)
This was a room for storing tableware, utensils and the like. It was also occasionally used as a bedroom for family members.

Nakama (middle room)
This room was used for welcoming regular visitors as well as for small gatherings of people. It also served as the front room connecting to the okuzashiki.

Nando (storeroom)
This was used as the bedroom and a clothing storage space for the husband and wife who owned the house.

Okuzashiki (back reception room)
This was the formal guest reception room with a tokonoma – a built-in recessed space where decorative items such as scrolls and flowers were typically displayed.