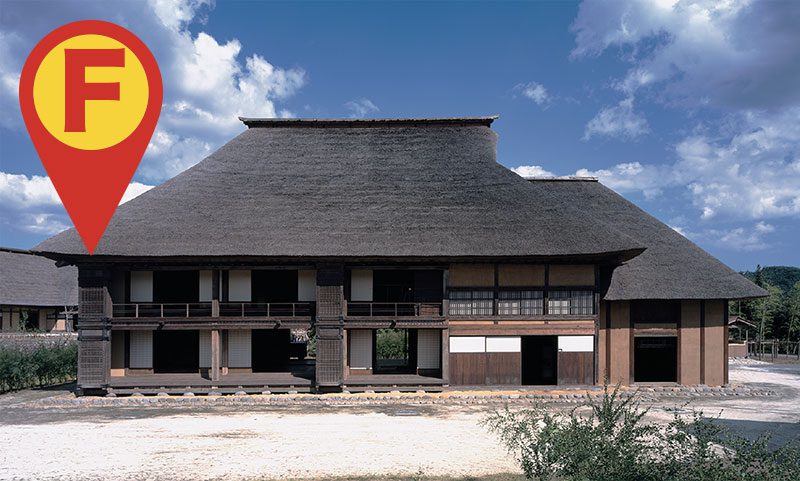 Narusegawa-kahan House ( House Near the Naruse River ) in Miyagi Prefecture

Former House of the Sugawara Family 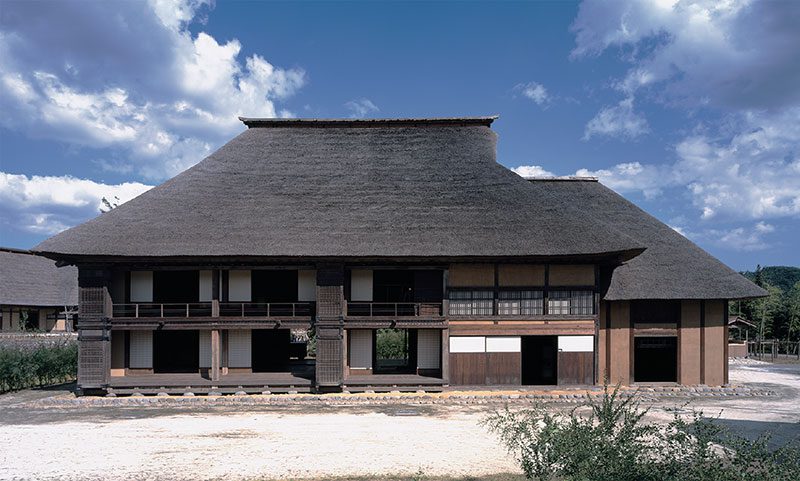 Shikama Town, where this house was located, is on a plain along the Naruse River and has numerous rice paddies. In addition, sericulture was widely practiced in addition to rice farming.
Members of the Sugawara family who lived in this house also had a lot of silkworms while farming.

Characteristics of the house – preparing for floods

There were many floods due to heavy rainfall along the Naruse River, and sometimes water came into the house.
In this house, part of the floorplate on the second floor was not nailed down so that it could be removed and furniture and food could be brought up to the second floor during flood disasters. 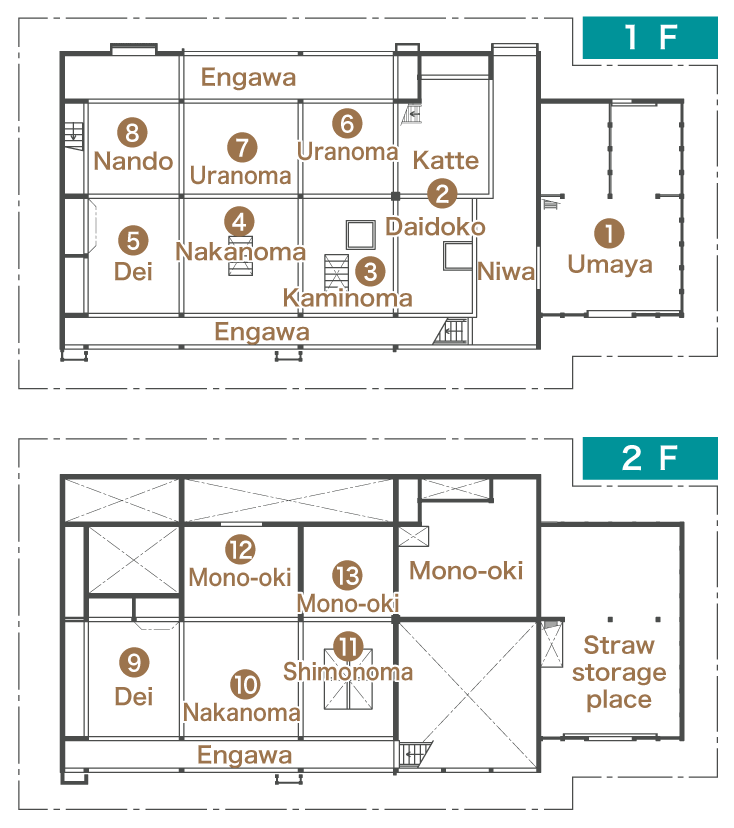 Umaya (stable)
The stable, including the front dirt-floor area used for agriculture work, was called the umaya. The attic located above was used to store straw for feeding the horses.

Katte(kitchen), daidoko(kitchen)
The katte was used to cook food. In the daidoko on the left, a open fireplace was installed in a cut-out section of the floor where the residents of the house cooked food, ate meals and chatted.

Kaminoma (upper-side room)
The name means that this was a “room on the upper side” of the daidoko, which was usually called the kaminoma or okami.

Nakanoma (middle room)
The name means that it is a room between the living room (kaminoma) and the reception room (dei).

Dei (reception room)
In this region, the zashiki was called the dei. It was the formal guest reception room with a tokonoma.

Uranoma (back room)
This room was used to store furniture, tableware, utensils, etc. and was also used as the third bedroom.

Uranoma (back room)
This room was either used as the second bedroom or as a storage space for furniture, tableware, utensils, etc

Nando (storeroom)
This room was used as the bedroom for the husband and wife who owned the house and a storage space for clothes.

Dei (reception room) on the 2nd floor
In this region, the zashiki was called the dei. It was the formal guest reception room with a tokonoma.

Nakanoma (middle room) on the 2nd floor
This was a room used to keep silkworms and also to store sericulture equipment. In addition, it was apparently used as an evacuation site when the Naruse River flooded.

Shimonoma (lower-side room) on the 2nd floor
This has a structural design where the floorboard in the central section is intentionally left loose so that when removed, people can move between the 1st floor and the 2nd floor. When the Naruse River flooded, people apparently moved furniture and food up to the 2nd floor through this opening.

Mono-oki (storage) on the 2nd floor
It was mainly used as a room for keeping silkworms as well as for storing sericulture equipment.