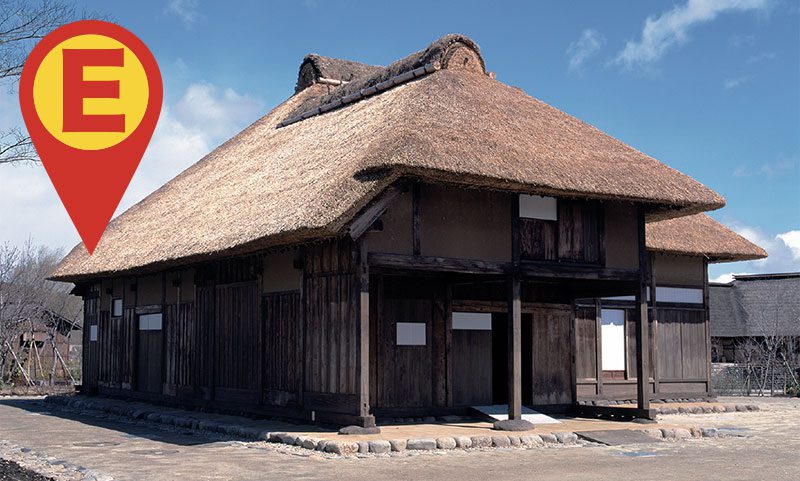 Former House of the Yamamoto Family 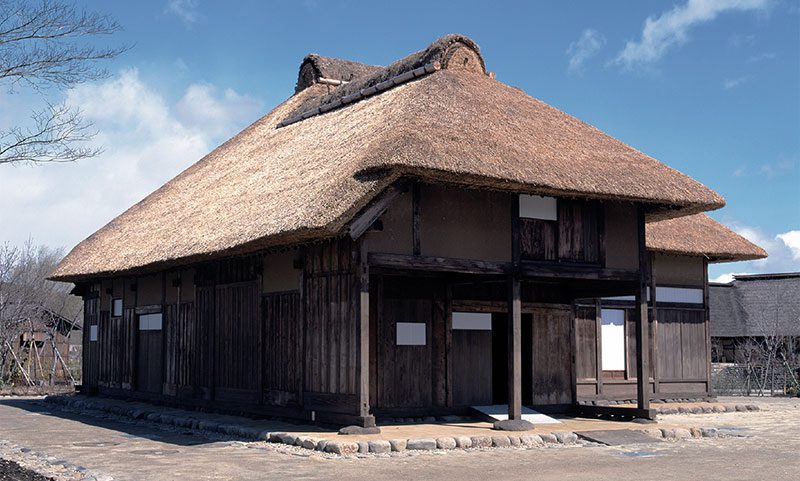 The former Nango Village, where this house stood, is surrounded by high mountains of more than 1,000 meters and is one of the areas with the heaviest snowfall in the Tohoku region. Long ago, traffic to other regions sometimes became impossible during the winter season.
Members of the Yamamoto family who lived in this house were among this area’s leaders of woodcutting while farming land.

Characteristics of the house – middle-gate style with stables

The form of this house is called “Umayachumon-zukuri” (a middle-gate structure with stables). The stables stick out in front of the dirt-floored space with the entrance located just beyond the stables. Thanks to this structure, the residents were less frequently forced to remove snow that lay on the passageway to the road in front of the house. It is said that when snow piled up, people sometimes came in and out of the house on the second floor. 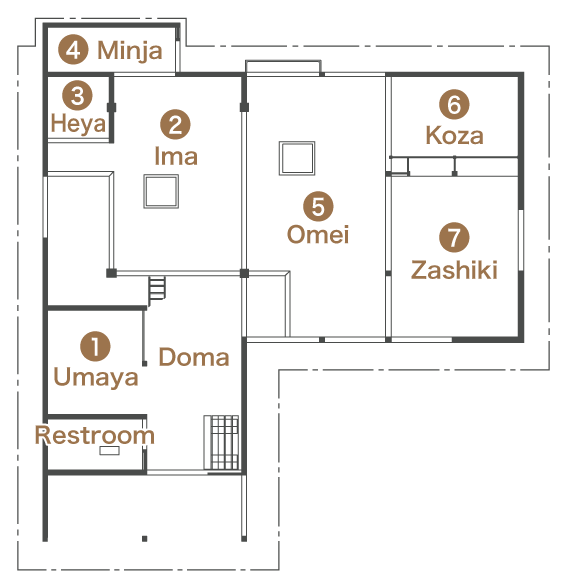 Umaya (stable)
The dirt floor had a hole covered with straw. In this region, the umaya was built within the house so domestic animals could easily be taken care of, even when snow piled up.

Ima (living room)
This room had a open fireplace for cooking (called yurui in this region), and meals were also served here.

Heya (room)
This was the bedroom used by the retired elderly couple. It was located near the living room open fireplace, so it was relatively warm here.

Minja (water use section of the kitchen)
This space was used to wash food and tableware as well as to pour drinking water.

Omei (living room)
This was another living room for the family members with a open fireplace (called yurui in this region), and was also used to welcome regular visitors.

Koza (bedroom)
This was used as the bedroom for the husband and wife who owned the house. The room also accommodated wardrobes.

Zashiki (reception room)
This was the formal guest reception room with a tokonoma. In this region, the room also typically had a family Buddhist altar.