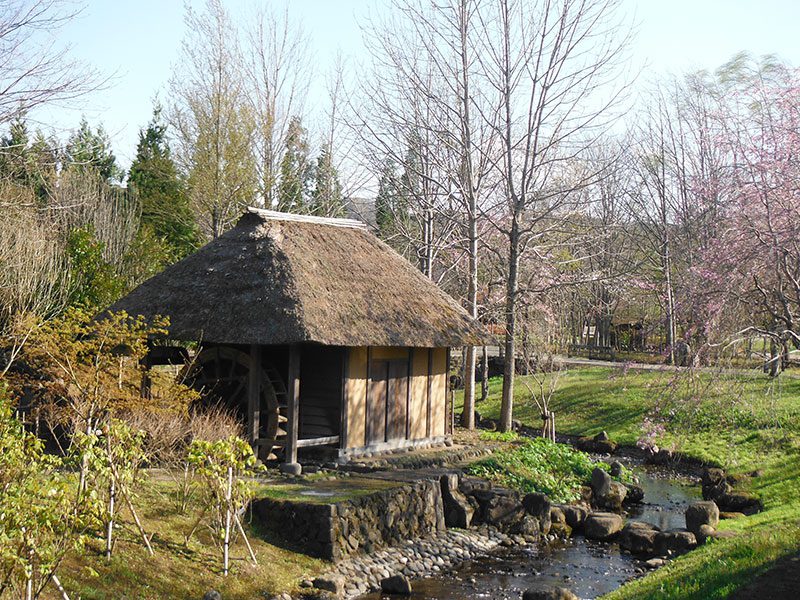 The watermill is a machine that uses water power as the driving force for threshing or milling, or for pumping water into rice paddies. While some watermills were built as common facilities for the village community, others were installed inside the private property as an annex.

Different systems were adopted for the watermill according to the topography, water volume and flow velocity of the waterway. For watermills installed in mountainous areas where water flows rapidly, water was poured on the upper part of the mill by raising water through the open water pipe called kakehi. On the other hand, in lowland rivers with slower water flow, the lower part of the watermill was submerged in the stream so that the water flow would make it turn. This watermill and its cabin are the reproductions of facilities that existed in the Tono region, in which water is poured onto the mill. Inside the cabin, there are two pestle and mortar sets, as well as a wooden funnel and a stone hand mill. Rice and buckwheat grown in the fields of Furusato Village are polished and milled here.