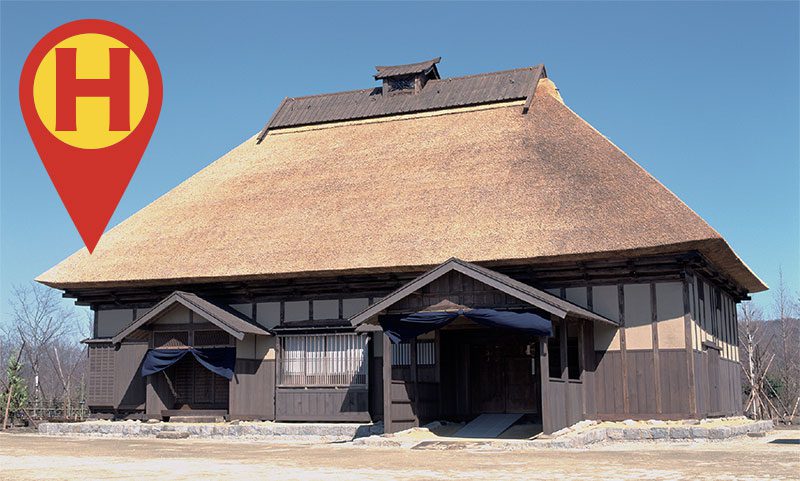 Former House of the Nara Family 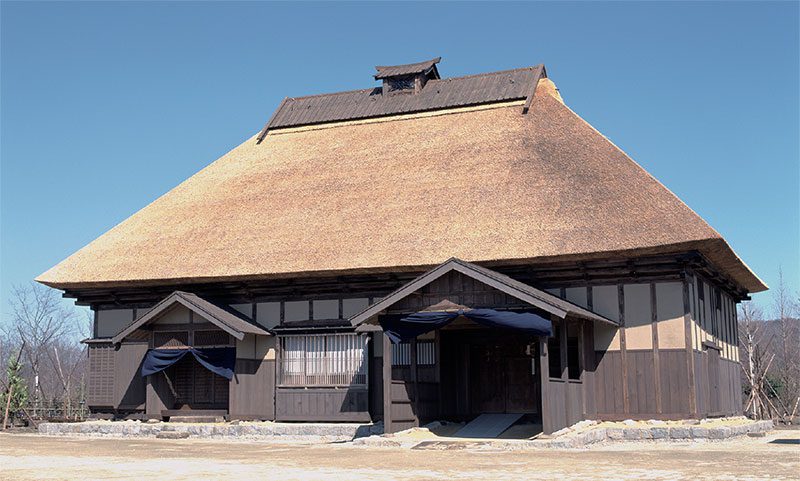 The Tsugaru Plain, where this house stood, is marked with a severe climate, strong winds and heavy snowfall during the winter. In addition to rice farming, apple cultivation was also popular.
Members of the Nara family who lived in this house were also engaged in apple cultivation.

Characteristics of the house – long outside eaves called shirashi

This house had long protruding eaves in front of the dirt floor so that people could enter and exit easily even during the heavy snow season.
Such protruding eaves are called shirashi or hiyashi in this region, apparently the dialectal form of the Japanese word hisashi (eaves). 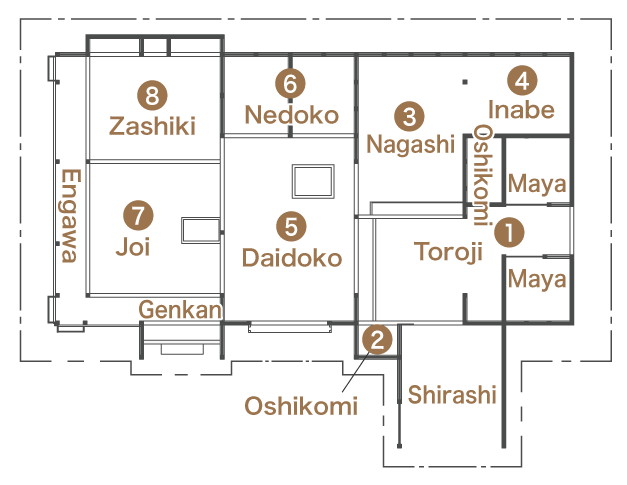